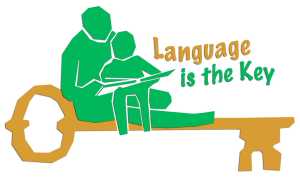 Following on from the last two blogs, it seems apparent the language of dementia is changing or evolving into one that is more acceptable to people with dementia. It may even be the key to a more person centred approach to care.

This surely springs from the fact that until recently, the language of dementia has been decided on by people without dementia. Not just family carers, but care providers, nurses and doctors, researchers and academics.

People with dementia have not spoken up before, at least not in such large and united numbers.

Thanks for the most part to the internet, there is a groundswell of people with dementia,  speaking to each other, swapping stories and feelings about things like care and policies, and comparing each others countries to our own.

We are also comparing our lived experiences, and things such as the language being used to describe us or those who care for us. We have opinions, and feelings, and no longer is it acceptable for others to speak for us, or about us with out us.

People with dementia are now developing the language used for our own community, a language we feel is our own, not one selected for us by others.

We consider finding translators for people who speak another language, in all sorts of places including the health sector, is right to do, to ensure the persons own language is being used and respected.

The language of dementia is now developing, and this will ultimately ensure we are afforded respect… and a voice.

Others will need to learn our language.

There is no way we would call  an Aboriginal Australian by some of the terms used in the 50’s and 60’s, as they would be disrespectful and now very unsuitable.

We use the word ‘disabled’ rather than retarded, because people with disabilities started to speak up for themselves, and found the word retarded disrespectful… Even though the dictionary definition might suggest it is appropriate.

No longer is ‘demented’ or ‘a vacant dement’ as I read recently, an acceptable term for people with dementia.

First and foremost, we are people, with names, living with dementia. We have a diagnosis of a physical – not mental- terminal disease.

The word dementia comes from the Latin meaning madness, and so no wonder we struggle against the myths. Recently a politician justified calling me demented, because technically I am! However I find that term very offensive.

The term ‘Living with dementia’ is now being discussed robustly, by the very people it affects more deeply, that is, people diagnosed with dementia.

This is not to say our beloved carers should not be part of the conversation… It is obvious they are, and we quite rightly must respect them and their opinions. We love them, and appreciate their care and support, and in no way would those of us with dementia wish to insult or offend them.

However, it is time for people with dementia to develop their own boundaries for the language of dementia, a language where they feel fully respected and not marginalised or patronised.

The language of dementia, where their voice is being fully heard.

Thankfully, that time is now.

17 thoughts on “The language of dementia”