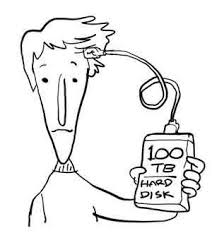 My darling husband and I were talking about how some of the roles have had to change between or for us, and how much easier it would be for him if he just took everything over for me.

It would be easier for him. And it would be a darn site easier for me. But, it would also be very detrimental to me, with regard to my ability to continue to function, as well as my emotional health and the deleterious impact on social isolation.

Whilst I have to struggle to do things, it does in fact, keep me doing them. I need help often, but not someone to take over everything for me.

Sometimes he speaks out, occasionally even at a conference, and in New Zealand last year he annoyed at least a couple of family care partners or supporters. What he says is sometimes a little hard for others to hear (oops… perhaps he’s been around me too long?!), but what he says comes from his and our personal experience, as he observes things, and from his heart. It also is often an uncomfortable truth for some, definitely far better coming from him than me.

We both know the physical and emotional load of being a family care partner; we have been in that role a number of times, three times with people with dementia. It is challenging, and we have a lot of guilt over decisions we know, in reality, we had to make.

In fairness to highlighting another side to his words, I do believe that people with dementia are set up to become victims and to expect to be taken over from or to ‘give up’, and our families and care partner or support person are set up to become martyrs, by the Prescribed Disengagement®️ dished out to us all upon diagnosis. However, recently it has been implied people with dementia do not understand the commitment, passion, love and care that our family support person provides. I object to that, and only say it makes my guilt much worse.

I have been mildly concerned about publishing his guest blog, but after the last few days, decided it is after all, appropriate for my blog. I don’t want to upset anyone, nor does he, but he is saying it exactly like he sees it.

So from here on, be at least a little wary, as my BUB, who I love eternally, is now speaking…

Who are ‘carers’ really caring for?

I am a spectator to my wife and her journey with dementia.

It has often amazed me the way that people who loved and cared for a person pre-diagnosis see it as their right to effectively take over a person’s life post-diagnosis.

Like most people, when I was a child I was taught not to talk over the top of someone, not to interrupt when someone else was talking and not to tell people what to do.

So why is it that as soon as their partner or loved one is diagnosed with dementia this is exactly what people do.

This is not helping the person; it is rude and helping in their disengagement from any sort of social activity.

The person living with dementia can still communicate, it’s just that you (the care partner) have forgotten or are not willing to learn how to listen to them.

I have attended many groups with so-called carers who often tell me how hard it is for them, as they now have to do everything. What they should say is their lack of patience, lust for control and the person living with dementia’s lack of ability to stop them has allowed them to have everything their own way.

They are removing the person living with dementia from their lives, but they would like a pat on the back from everyone for being such a martyr.

Well not from me.

I’ve had enough of these people ‘pretending’ to be caring when they are merely controlling.

When are we going to learn that people living with dementia have a voice, in fact the most important voice; the voice of the lived experience.

Giving up all this control won’t be easy, given that Dr. Alois Alzheimer first discovered Dementia in 1906.

We have been telling people living with dementia how to live for the last 109 years, but maybe we can now give these people the courtesy of being listened to.