This week, I thought I’d begin with news about the NDIS in South Australia, partly because it was celebrated by many of us with the Dignity Party SA on the weekend, with a giant NDIS celebration cake (gluten free, although definitely not sugar free), as pictured here! The media release was sent out Friday about it, and I apologise I forgot to send it out here in a more timely manner! But here is a brief update…

The celebration was hosted by Dignity Party MP Kelly Vincent. For those who may not know much about it, the NDIS is for parent carers of NDIS participant children/young people, and adults with disability hoping to enter the NDIS in the coming 12 months. It is also going to be rolled out next year for people with younger onset dementia, so my community will be focused on ensuring the NDIS is properly educated in dementia. Wish us luck 😉

There was a brief media conference to celebrate the first day (July 1, 2017) of adults rolling onto the National Disability Insurance Scheme in my state (South Australia), and the 4thanniversary of the NDIS in South Australia.  Thanks to the ABC for being there to report on it as well as be part of the cake cutting. This celebration was held at the Marjorie Black Community Room, which is at the rear of SACOSS Building, 47 King William Road, Unley, although curiously we were not provided with access to the accessible toilets.

It is wonderful to continue to learn, and often things that really surprise me, but also inform me, every day. Yesterday I think as a person with mostly invisible disabilities, I learned not only to love more, but how to better present to an audience with such a diversity of disAbilities. For example, I had not pre considered how best to present to people with sight impairment, and forgot to read what was on the slides.

From my perspective, to present without a lectern for my presentation notes, and without being able to see the power point on the computer right in front of me, I too was at a disadvantage. So as I learn more about being involved in this new community of people with abilities that are accessed differently to most others, hopefully I will be learning more every single day about how better to support those of us with any type of disAbility. Following on from this event, I will attempt to start a list of how to better support each others disabilities when presenting.

Together, we can create a better world, with more understanding and compassion. My heart was filled with empathy, compassion and love yesterday, so unexpectedly it had me in tears at the end of the day, but for a change the year, tears of joy. Thank you to the incredible leader Kelly Vincent and her team, and the members or supporters of the Dignity Party SA there on Saturday.

I am proud to support Kelly Vincent and Dignity Party SA, and will be voting No 1 above the line in the state election next year in South Australia on March 17, 2018.

If you want to have time to fully consider your vote, is only 255 days away… 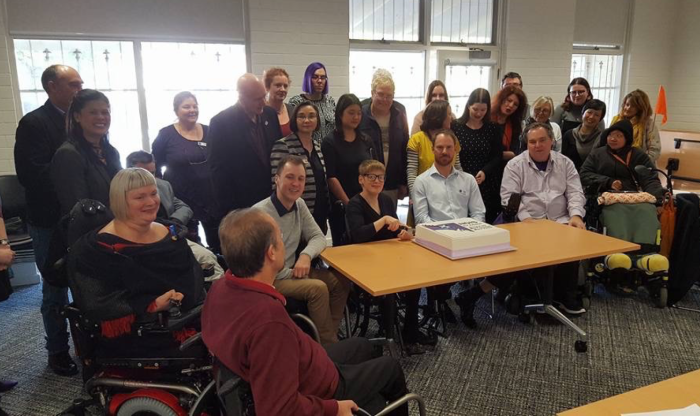